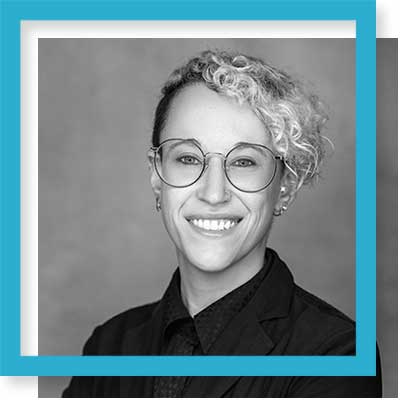 Alexandra Greenberg, a 2022 Pisacano Scholar, is a 4th-year medical student at SUNY Downstate College of Medicine in Brooklyn. Originally from New York City, Alexandra left the state to attend Johns Hopkins University (JHU), graduating with a Bachelor of Arts in Public Health. She continued at Hopkins’ Bloomberg School of Public Health (JHSPH), receiving her Master of Science in International Health with a concentration in Social and Behavioral Interventions and Certificate in Health Communications.

As an undergraduate, Alexandra became actively engaged in student and community organizing for health justice, serving as a national leader for the global health non-profit Universities Allied for Essential Medicines (UAEM). During her MSPH, Alexandra became more involved in advocating for access to essential medicines and healthcare as a human right. She worked with the International Vaccine Access Institute and co-led a successful UAEM campaign to ensure affordable availability of a novel MDR-TB drug developed at her very own institution. Alexandra completed her thesis research in Lima, Peru where she investigated asthma management in peri-urban communities. Prior to graduating from JHSPH, she was inducted into the Delta Omega Public Health Honors Society.

After her MSPH, Alexandra joined UAEM’s staff as Advocacy & Campaigns Officer in Washington, DC. She later went on to complete her Master’s in Medical Sciences at Boston University (BU). While at BU she promoted access to insulin for all as a steering committee member for the Right Care Alliance, coordinated a study on equitable access to cholecystectomy with the Socially Responsible Surgery Initiative, investigated Ebola pathogenesis at the National Emerging Infectious Diseases Laboratories (NEIDL), served as a pediatric asthma educator, and continued to volunteer with UAEM on their Global Executive Committee.

As a medical student, Alexandra quickly became involved in student leadership as part of the College of Medicine’s Executive Council and a board member for the Brooklyn Free Clinic. During her first year, Alexandra helped organize Downstate’s Social Justice Conference and was a founding member of the school’s Health Equity & Social Justice Taskforce and continues to serve as a student leader for Downstate’s Health Equity Advocacy and Leadership Pathway.

Alexandra has also remained active outside Downstate, becoming a student fellow for the New York Academy of Medicine and helping organize their Advocacy in Medicine Conference, serving as the student representative on the AAMC’s Civic Advocacy working group, and helping found the non-profit Right to Health Action. Alexandra’s commitment to her peers and patients as well as her dedication to population health recently led to her acceptance into the Gold Humanism and Alpha Omega Alpha Honors Societies.

As a family physician, Alexandra hopes to push forward the conversation about investment for, training in, and access to preventative and primary care. Particularly given her experiences with community and professional organizing efforts in relation to HIV/AIDs, Ebola, and COVID-19, she is eager to help reimagine training for future leaders as physician advocates equipped to not only envision but actualize a better healthcare system for all. To this end, Alexandra plans to continue to work in medical education and health policy while also practicing comprehensive, community-informed family medicine in a diverse, urban environment.